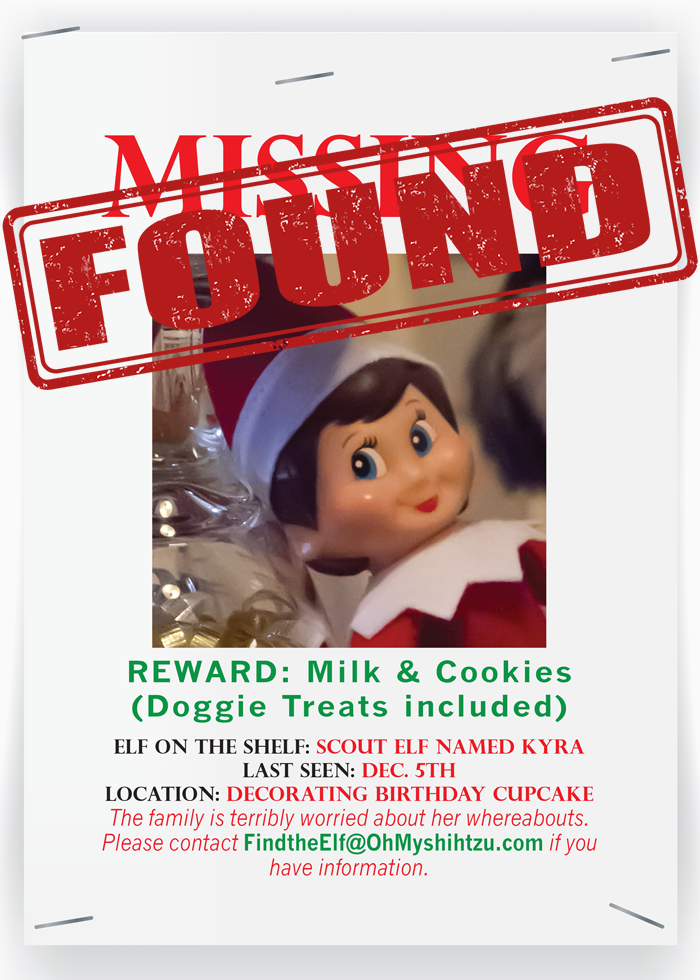 As you may know our Elf on the Shelf went missing on December 6th. She was last seen exhausted from putting too many candles on a birthday cupcake on December 5th. When she coud not be found on the 6th, everyone went into a panic. With the help of all the Tzu girls we turned the house upside down looking everywhere. We even placed flyers around our neighborhood.

But last night all pet feeding duties fell upon my shoulders. Normally I am not responsible for feeding the cats but last night I was. There are a total of 4 cats, 2 indoors (sort of ) and 2 outdoors (sort of). Ninja & Suzi spend most of their time inside, while Nazumi and Bebe spend most of their time outside, which is by choice of the cats, and not us.

The cats outside eat on a planting table and we have arranged it so their beds are inside it on a lower level. It’s warm, and when it gets too cold, a heating pad is placed inside along with a heating lamp outside. They are very warm and comfy in the winter. 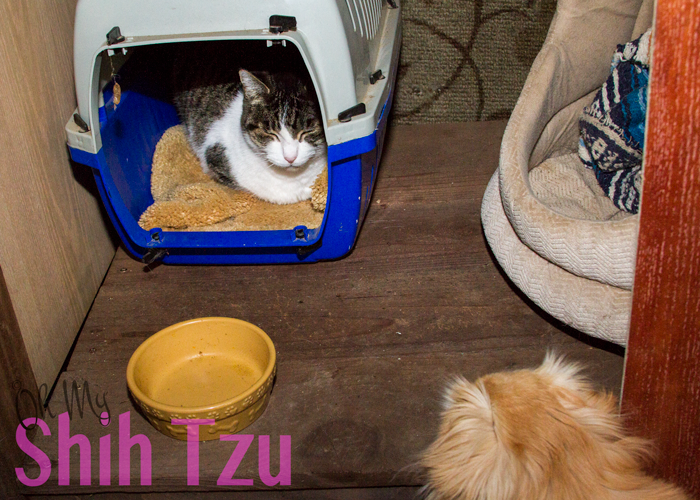 So I took dinner out to place in her cat carrier and then what did I find? Right next to her in the kitty cubbie was the Elf on the Shelf! 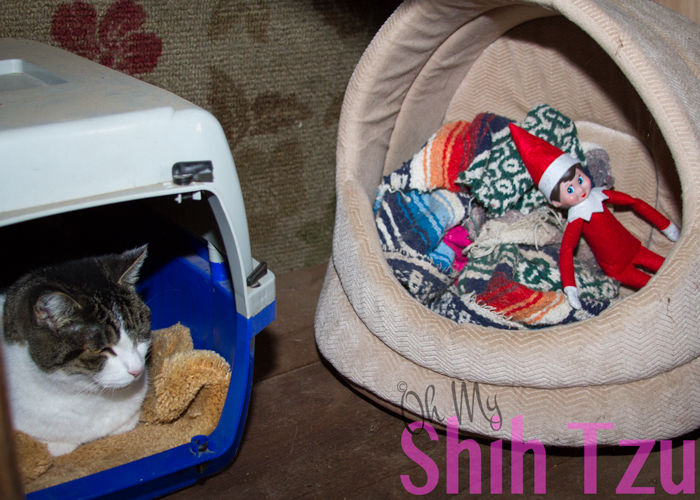 This is the one place we did not look. Why? Since Bebe & Nazumi don’t spend a lot of time in the house, we had no reason to suspect them. Oh, I know many of you are thinking, “I knew the cats did it!” But I have to say this just isn’t the case. 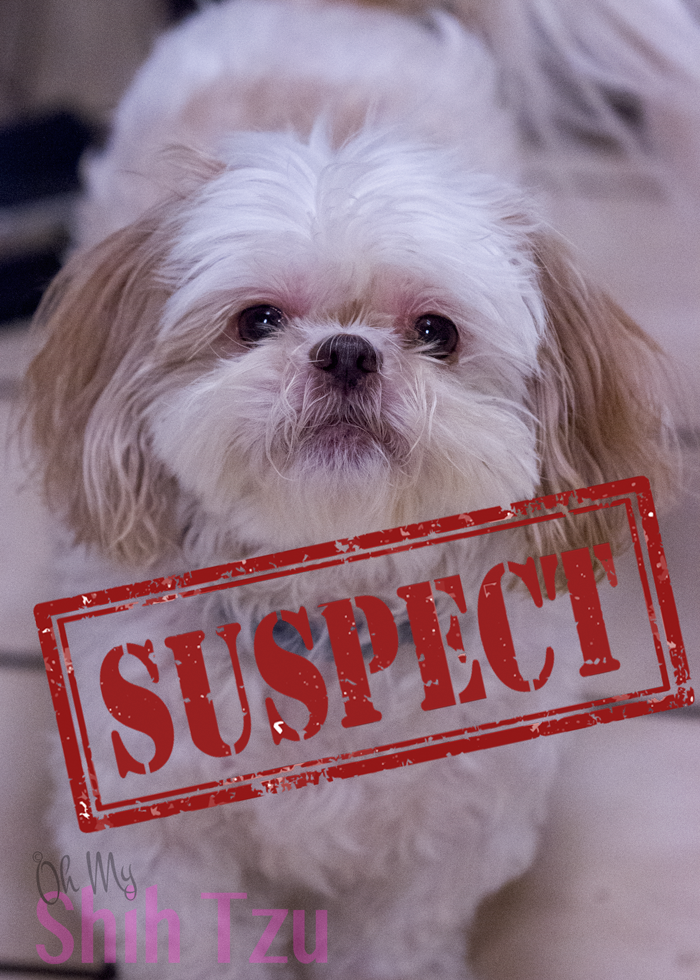 This is our suspect! Yup this little sock wearing Shih Tzu, named ISE is our prime suspect. As it turns out the little kitty cubbie at the cat station is her favorite place to hide out during the day. We never thought to suspect little ISE in this case… but it seems that those that seem the most innocent are usually the guilty ones!

So the case of the Missing Elf on the Shelf has been solved! Hopefully little Elf on the Shelf Kyra will let Santa know what really happened this past week and the presents will still arrive for all that have been good little Shih Tzus.