This week I made a very tough decision regarding her agility career and her best interest. The decision was to only compete in the Jumpers (USDAA) or Jumpers with Weaves (AKC). As you may know we have been struggling with the our nemesis the teeter for a very long time. And at one point I believed that she would get over her fear… I toyed with the idea that we just might go the jumpers route, at one point, but I knew I couldn’t give up on her. Earlier in the week, as we were working out one of my friends let me know that she noticed the second she got on the teeter she immediately licked her lips, which is a big sign of fear or nervousness. And as my friend helped me get her to perform on the teeter, the entire time she was a nervous wreck. 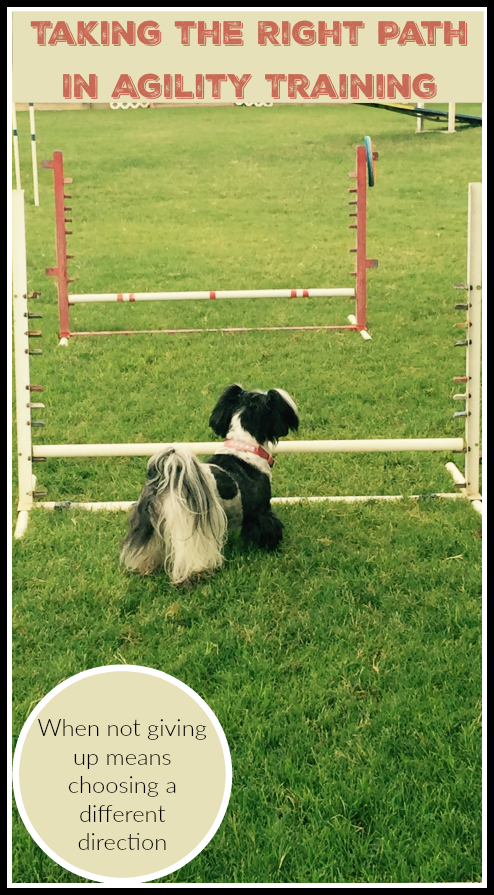 Why am I torturing this little dog to do a sport that she is not crazy about? She absolutely loves lure coursing and later this month she is set to get her advance title (CAA) with a total of 10 qualifying runs! She really enjoys Barn Hunt and I can’t wait until we compete in our first trial next year. So why is conquering this teeter so important? The fact is it really isn’t. She loves to run, she loves to jump and its fun for her to run through a tunnel. So I have decided jumpers it is for her, at least when it comes to USDAA and AKC. Am I giving up on this little dogs agility career, heck no! But I know for her mental health I needed to change her path a little.

But there are other dog agility organizations besides these two. Actually there are 5 major organizations within the United States. It just happens that in the area I live USDAA and AKC are the most popular. But if I head up north a little bit to the Sacramento area there are clubs who host NADAC trials. NADAC (North American Dog Agility Council) was formed in 1993 to provide dogs and their handlers with a fast, safe and enjoyable form of the sport of dog agility. The purpose of a NADAC agility trial is to demonstrate the ability of a dog and its handler to work as a smoothly functioning team. So why my interest in this organizations trials? NO TEETERS!!!! So in a couple of weeks, I plan to visit a NADAC trial. So stay tuned as I may have found an answer to Riley’s agility career! This may be a great venue for her.

In the meantime Riley and I are preparing for her first USDAA trial next weekend. Again I am not giving up on her, this will be a Jumpers only weekend, I am hoping she feels comfortable at this venue since we have lessons once a week on the same field. So for the next week our days will be filled with tunnel and jumping drills, along with a lot of play time during practice