Last month I wrote about my Agility Training & Frustrations and I would like to tell you that the frustrations have ended, but unfortunately they have not. I have to be honest, after our practice session last friday I was so depressed that I completely forgot that I had a barn hunt training slot scheduled, yup I ended up missing that. 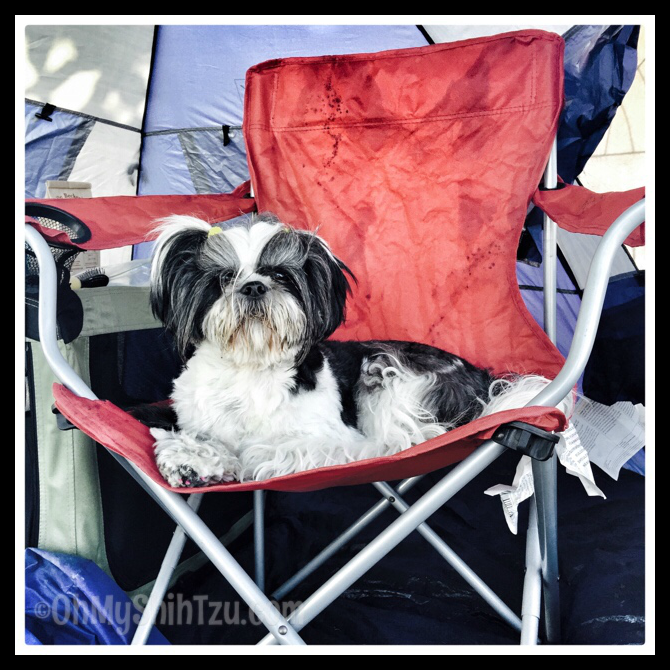 But as much as I would love to blame Riley for all my frustrations, that is not the case. There were a lot of factors that played into what transpired at practice, and I do have to take blame for a portion of it. Being a positive reenforcement trainer there are a few things that you can’t forget when training. For me that includes the following:

So basically the 3 things that are most important to get her going I left at home. Big, HUGE trainer fail.

Even with tasty homemade liver treats (see Dehydrated Chicken Liver Dog Treats, for recipes) this all boiled down to Riley’s refusal to work. Basically though it was Riley’s refusal to engage with the teeter. This caused her to shut down, just sitting in the middle of the teeter and refusing to move. When I would take her off the teeter she would go off and sit under the tree in the shade, talk about being stubborn and not wanting to do anything! But was this really her fault? No it wasn’t, when I couldn’t find the things I needed, I decided this was going to be a training session that is it, nothing more. The nothing more was a very bad decision. She is used to play. When we train it is fun, we play games, we chase things, we are laughing and getting lots of hugs.  None of this happened and it led to my frustration… though at no point did I take it out on her. It wasn’t her fault that I was the failure in this situation.

So the frustration turned into becoming extremely depressed over the mornings training session. I mean I’ve already had my agility instructor tell me that she may not be the agility dog that I want, and the idea of competing with her may just be a dream. So all this was going through my brain over and over again. Then I remembered this wonderful video…

Though we may have a dream of what our dog will be, maybe that is not that path for them. The important thing is having that connection and bond with our dogs whether or not they compete in sports. Though I don’t have human children, I think for those of us with aspirations of competitive dog sports is very similar to being a soccer mom. We can work with them, help them train, and give all the encouragement in the world when they do the best they can even if they don’t come out on top.

This weekend Riley will be competing in her first Coursing Ability Test (CAT), something I am hoping she will do well in. Actually she loves it so much and I have all the confidence in the world she will be successful, it is her drive and passion to chase.

In regards to agility, well I’ve told myself that I will not give up on her and I enjoy proving people wrong.  So I do have a plan with her, for the next couple of weeks I am going to completely lay off the teeter. She loves to jump, go through tunnels and she almost has a 12-pole weave set down, we are still working on proper entries, but over the next few weeks we will be working on her speed and drive. I think the most important thing is to remember this is just a game, and games are supposed to be fun.